Canadian Sphynx – unique, grace and a miracle of nature!

It is impossible to not turn your attention to the most amazing and unique creature – the Sphynx. 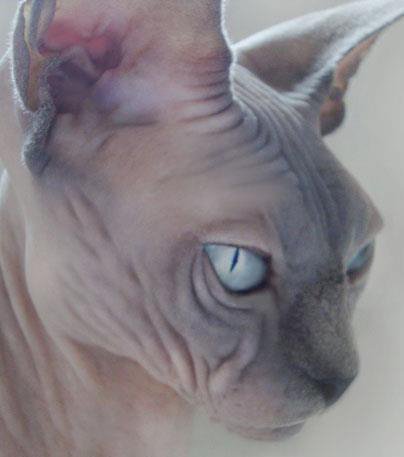 After communicating with this amazing cat, it is difficult to remain indifferent, the first reaction at the sight of the Sphynx is completely different: shock, delight, interest. For some, the appearance of the Sphynx cat causes a feeling of pity: tender, weak and constantly freezes.

These feelings are deceiving and the Sphynxes do not need our pity at all. A real healthy sphinx is active, inquisitive, mischievous, friendly, very sociable and playful, completely non-aggressive and not vindictive, with a strong flexible and muscular body, fairly strong velour skin to the touch, with residual hair on the points (paws, tail, muzzle and from the outside of the ears) or completely naked. 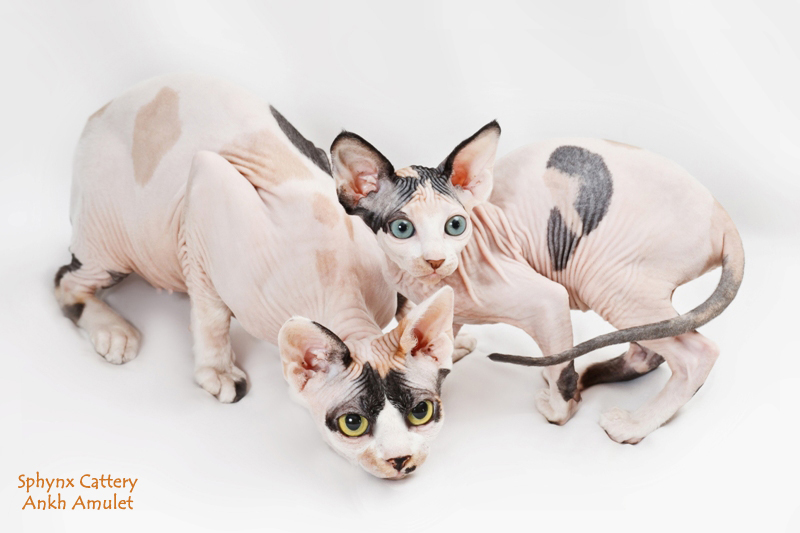 The image of a good Canadian Sphynx is literally magical. There is a special harmony inherent in the Sphynx. In his figure there is not a straight line, they are all rounded, all forms are convex and at the same time smooth. The unearthly appearance of these creatures, sometimes called “moon cats”, “cats figurines”, “cats of the pharaohs”, made this breed one of the most refined and prestigious. 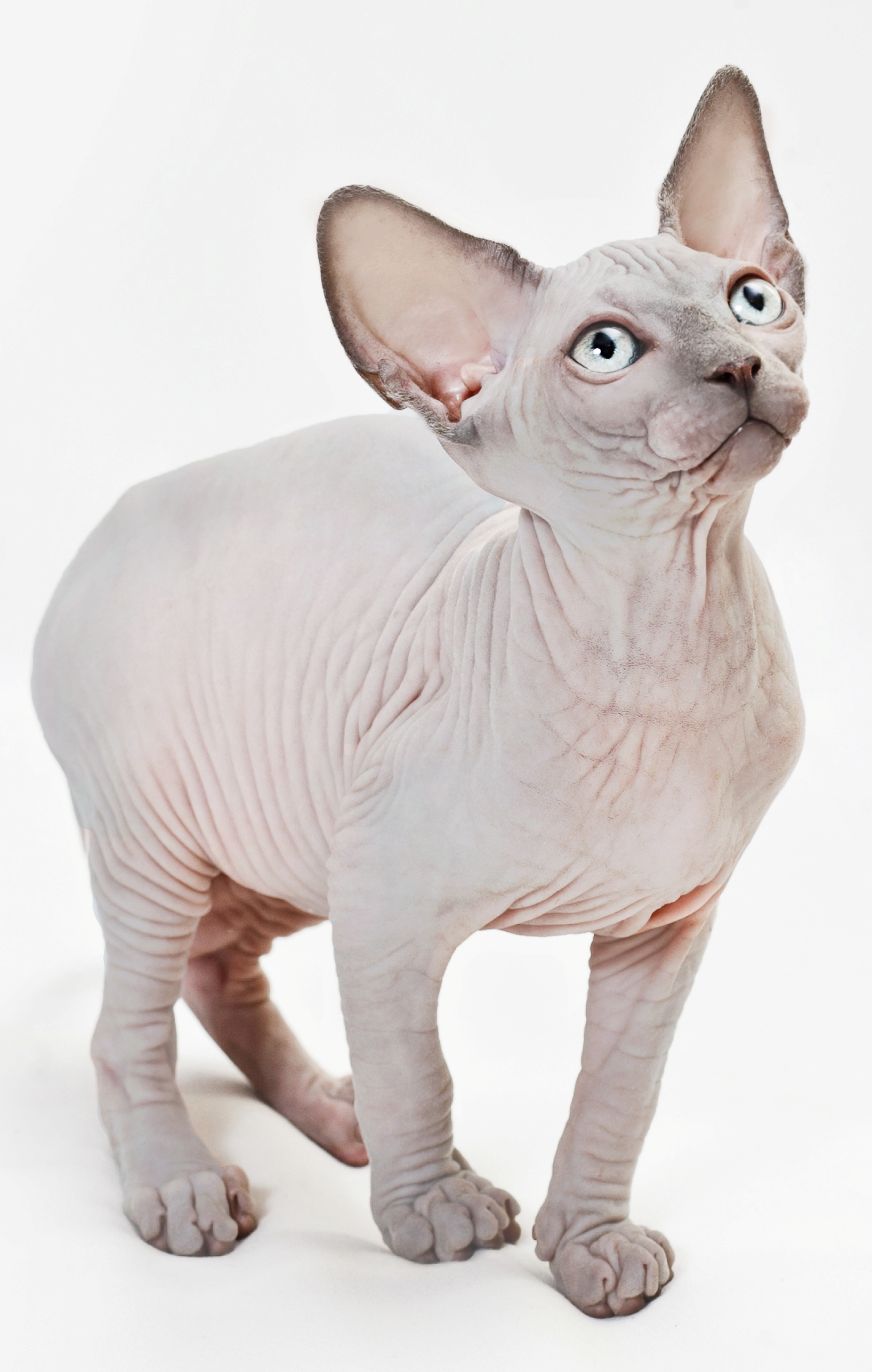 Sphynx – gets along well with other cats and other pets at home. Sphynxes are unusually affectionate for humans, and sometimes they choose one owner, which is not characteristic of the cat family. But surely they love all members of the family and every time you return home, the sphynx meets you with a loud murmur and a desire to get on your hands and sometimes on the top of your head as soon as possible! The Sphynx is very lonely without human attention, he is ready to spend every minute of his life with his beloved master, bask in his arms, following him to all his affairs, or entertain him fooling around like a monkey. This is a very soulful creature with a sufficiently high intelligence.

This is not the cat that will walk «on its own». Having decided to get the Sphynx – be ready for require maximum attention and almost continuous communication with this cat. Sphynx cat will hug you with hot paws around your neck, sit on your shoulder and lick you as her (or his) kitten. Sphynx will travel with you with pleasure. Do not start get a Canadian breed if cat will spend most of the day alone at home, if you are often not at home it is better to start get a couple kittens at once! 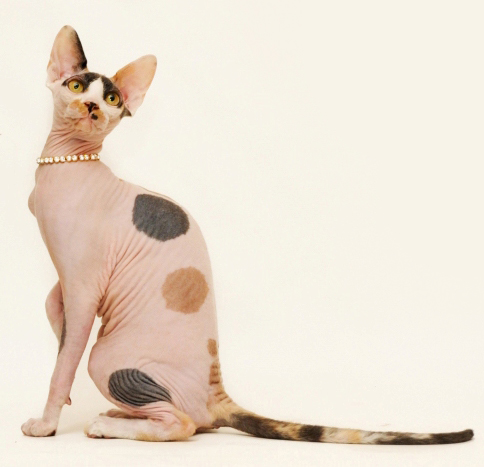 Coloring can be completely different.

Breeding work on its creation began in 1966 in Canada, when the usual domestic cat Elizabeth, owned by Mrs. Miklwait from Ontario, gave birth to a kitten without hair. Actually, this was the result of a spontaneous mutation, and many still consider the Sphynxes a mistake of nature. However, some breeders thought about breeding a breed that was “addressed” to people allergic to fur. The cat was called Prun, and later was crossed with his own mother, which was why hairless kittens were born. However, this line was interrupted in 1971. 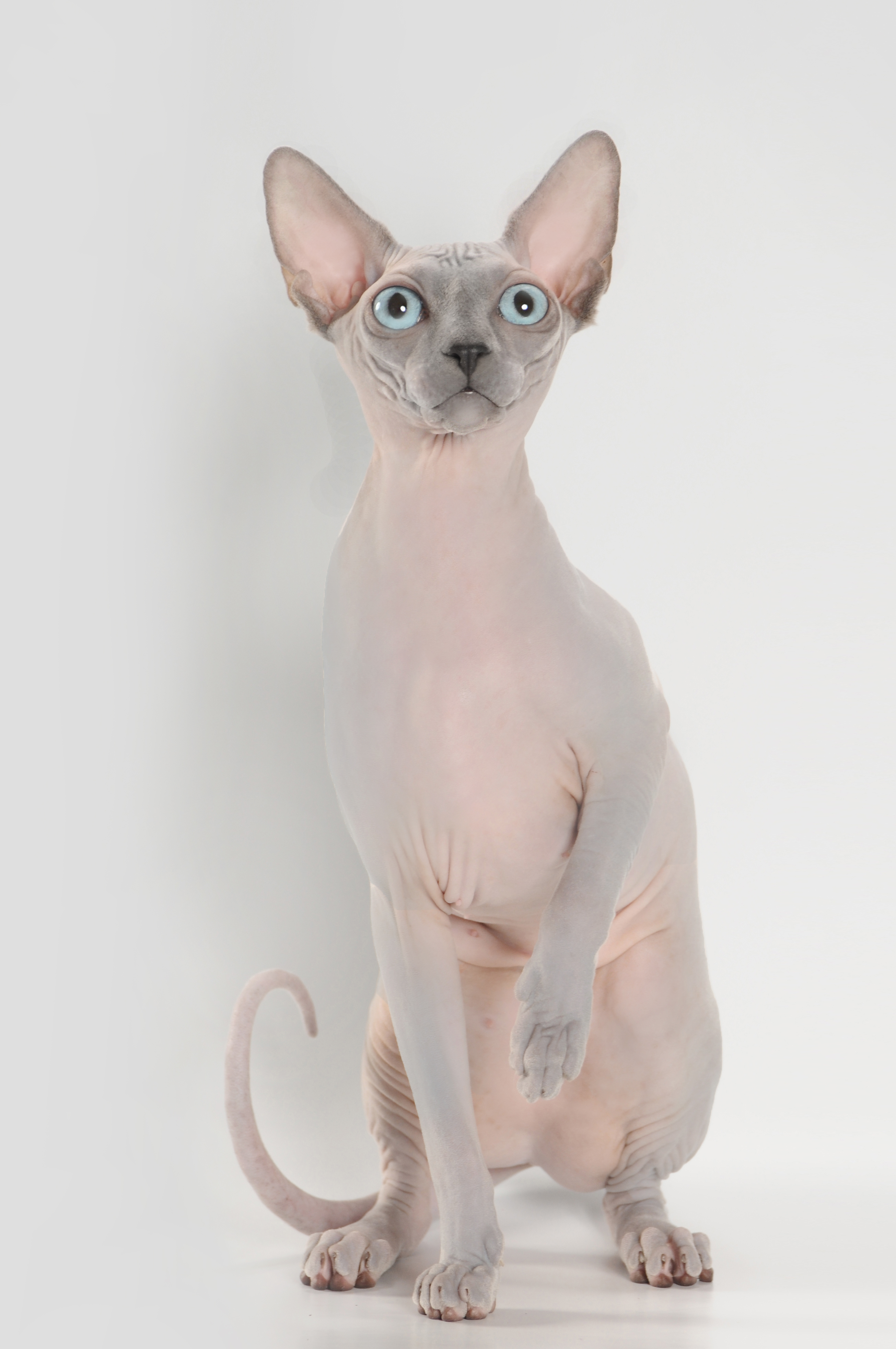 The breeding work resumed in 1975 in the USA, in Waden, Minnesota, when a hairless cat was born from the usual domestic short-haired cat, which was named Epidermis. A year later, a hairless cat was born there. Both animals ended up in the same nursery, where they became the founders of the elite lines of the sphinx breed. In 1978, hairless cats found in Canada were again included in it. Thus began the modern line. In the creation of the breed, the Canadian sphynx used cats of different breeds, but most often it was Devon Rex. In Europe, these cats appeared in the early 80s of the XX century, and are most popular in France and the Netherlands. The final recognition of the sphinxes (Canadian) took place only in 2002, when the breed standard was adopted.